For many years, the use of amalgam was the mainstay in dental fillings. However, more recently, holistic dentists have taken a more cautionary approach to the use of metals, and particularly mercury in tooth fillings and other restorations. Many patients are also interested in the safe removal of their mercury fillings. At Richmond Family Dentistry, patients in the Glen Allen, VA area can rely on Dr. Olivia Hart to make their safety, health, and well-being a top priority in any dental care they receive.

Mercury and its effect on the body

The US Government Agency for Toxic Substances and Disease Registry ranks mercury as the third most toxic substance on the planet, after arsenic and lead.

Mercury is used in dental fillings and other restorations to fill a cavity in a tooth or other dental repairs. Amalgam, a commonly used dental material, is approximately 50 percent mercury.

The toxic effects of mercury poisoning on the body are well documented. According to the International Academy of Oral Medicine and Toxicology (IAOMT), the symptoms most commonly associated with the inhalation of elemental mercury vapors that can be also emitted from dental amalgam fillings include:

With all the advances in dental materials, technologies, and techniques that have been made, there is simply no need to be exposed to the documented toxic effects of mercury. Several safe, biocompatible options are available for fillings and other dental restorations, including: Even if you have had amalgam fillings for many years, it is not too late to have them safely removed and replaced with a healthier option. In addition to being better for your body, many of the filling materials nowadays look better too! They are tooth-colored, so they seamlessly blend into your smile.

While removing your mercury fillings is a great step towards better health, it is important to work with a highly qualified dental practitioner such as Dr. Olivia Hart to ensure your safety during the removal process. She takes several extra precautions in accordance with the guidelines set forth by the International Academy of Oral Medicine and Toxicology to safely and effectively remove mercury fillings without exposing you or the dental team to mercury vapors or particles. To learn more about our mercury filling removal process, click here.

Schedule a consultation to learn more

If you are interested in learning more about safe removal of mercury fillings, call us at (804) 381-6238 or email us at info@richmondfamilydentistry.com to schedule an appointment today!. 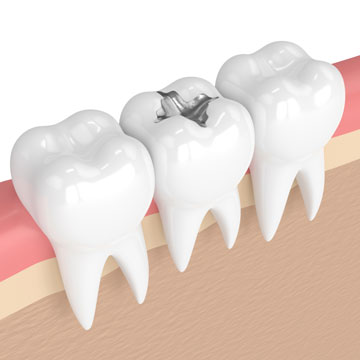 ~ Sara F.
We love Dr. Hart and her staff. Not only is Dr. Hart knowledgeable and exceptionally thoughtful in her care, but she also has a supportive staff (special shout-out to Sandy!) that makes our visits pleasant and easy. I love knowing that I can trust all of them with my family’s dental needs.
Originally posted on